The knee is the largest joint in the body and by far the most complex.

Sitting in these compartments on top of the tibia is the medial meniscus and the lateral meniscus. A meniscus is a rubbery structure made of fibrocartilage. They have several functions, but their primary role is shock absorption and load distribution.  They also provide the knee joint with greater congruency that contributes to the stability of the knee.

Articular cartilage (also known as the “gristle”) lines the bones of the knee joint. The articular cartilage is an incredible structure that is very smooth, allowing friction-free motion as the knee bends. It also tolerates the compressive load of standing, walking and running. The cartilage behind the kneecap is the thickest in the body, which reflects the large compressive loads that go through the patella when climbing stairs, for instance. 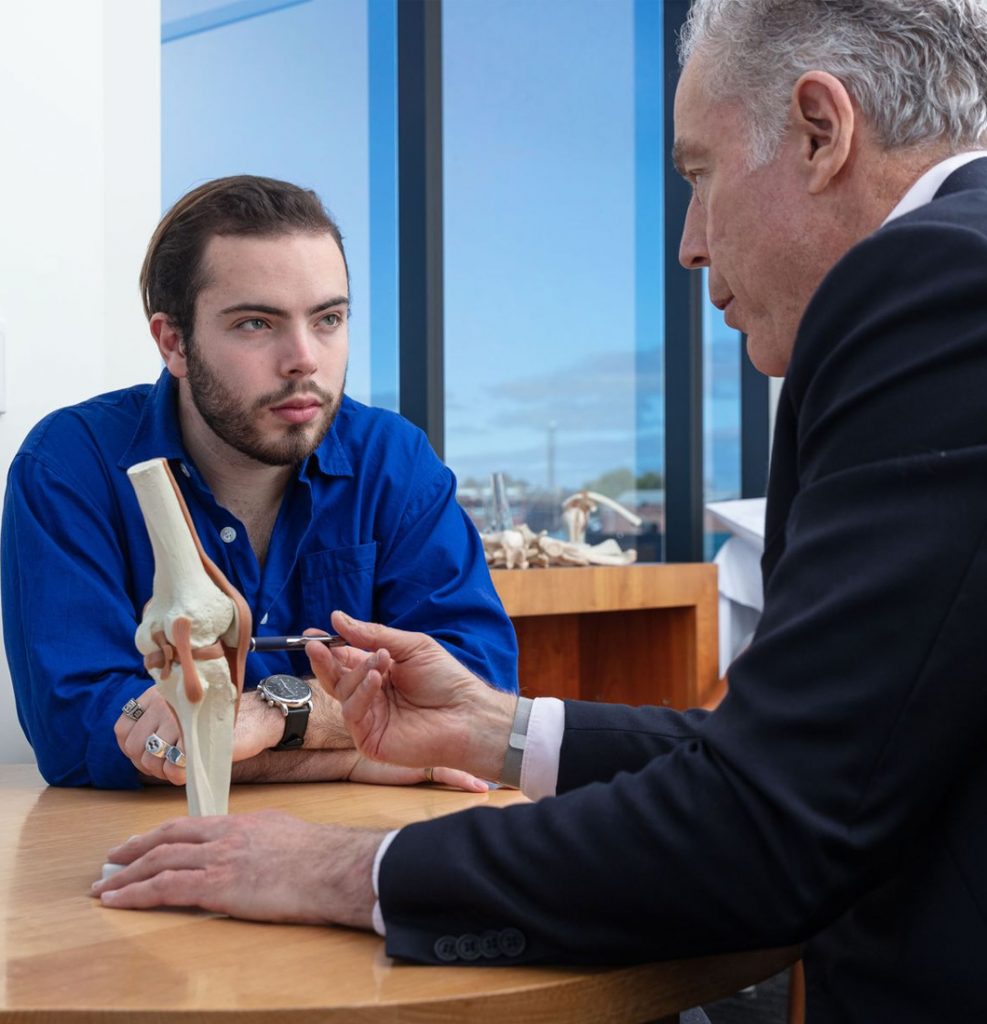 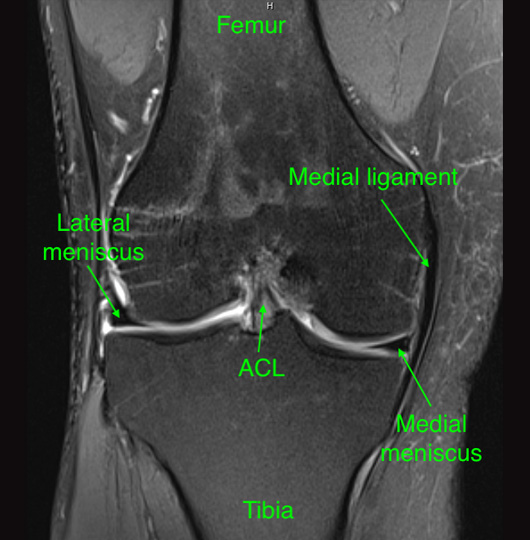 The joint capsule, reinforced by predominantly four strong ligaments, holds the knee in place. Ligaments are sturdy structures that hold the bones of a joint together. They are primarily responsible for joint stability. The medial and the lateral collateral ligaments are strong stabilisers that run on the inner and outer sides of the knee. They resist sideways movements. The two cruciate ligaments, the anterior and the posterior cruciates, are situated in the middle of the knee and prevent abnormal forwards and backwards movement of the knee.

How does the knee work?

The knee is a hinge joint that allows bending or flexion and straightening or extension. The muscles that provide these movements comprise two groups of muscles. The strong quadriceps (thigh) muscles straighten the knee and are required for walking, ascending and descending stairs or inclines, running and getting to a standing position to name a few. Quadriceps strength is enhanced by the kneecap (patella), which is an oval bone that forms within the extensor mechanism of the knee. The hamstrings are a group of muscles at the back of the leg and knee. The hamstrings bend the knee and also extend the hip joint.

Dr Brown is an expert at diagnosing the causes of knee problems, as a result of his years of experience and additional training. He will recommend a treatment plan tailored to your needs, which will only involve surgery if all other options are have been attempted or are unsuitable.